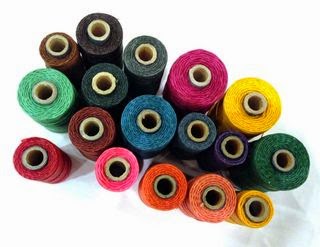 So, you may have noticed that I'm a total sucker for a design challenge or blog hop.  That seems to be a universal truth about me so when Diana Ptaszynski of Suburban Girl Studio announced that she was hosting a Waxed Linen Jewelry blog hop I had to join in!  Diana was inspired to host this hop after rooming with Erin Siegel on the Bead Cruise this year.  Truth be told, even though I have had some waxed linen in my stash for a while, I hadn't used it other than to tie simple dangles on something until the Bead Cruise myself.  It was taking Erin's macrame bracelet class that really turned me on to this versatile and colorful material and I've been working more of it into my jewelry designs ever since.

I had such good luck with the waxed linen bracelet I made a couple of weeks ago, that I decided I wanted to make a bracelet for this blog hop too.  I actually ended up making a couple of them that can be worn together or separately.  I might actually be getting over my weird bracelet aversion!

First up I started with a super simple design based on a tutorial from Lesley Watt of Thea Jewelry and Thea Elements.  You can find that tutorial HERE but you have to scroll down a ways... sorry I couldn't manage a direct link!  I was intrigued by the fun textured look she achieved just by alternating seed beads and jump rings.  I decided on a dark purple waxed linen and brighter purple luster seed beads.  I went with copper jump rings because that's what I had.  For my clasp I used a little glass button from Unicorn Beads that I won in a Vintaj give away a year or so ago. 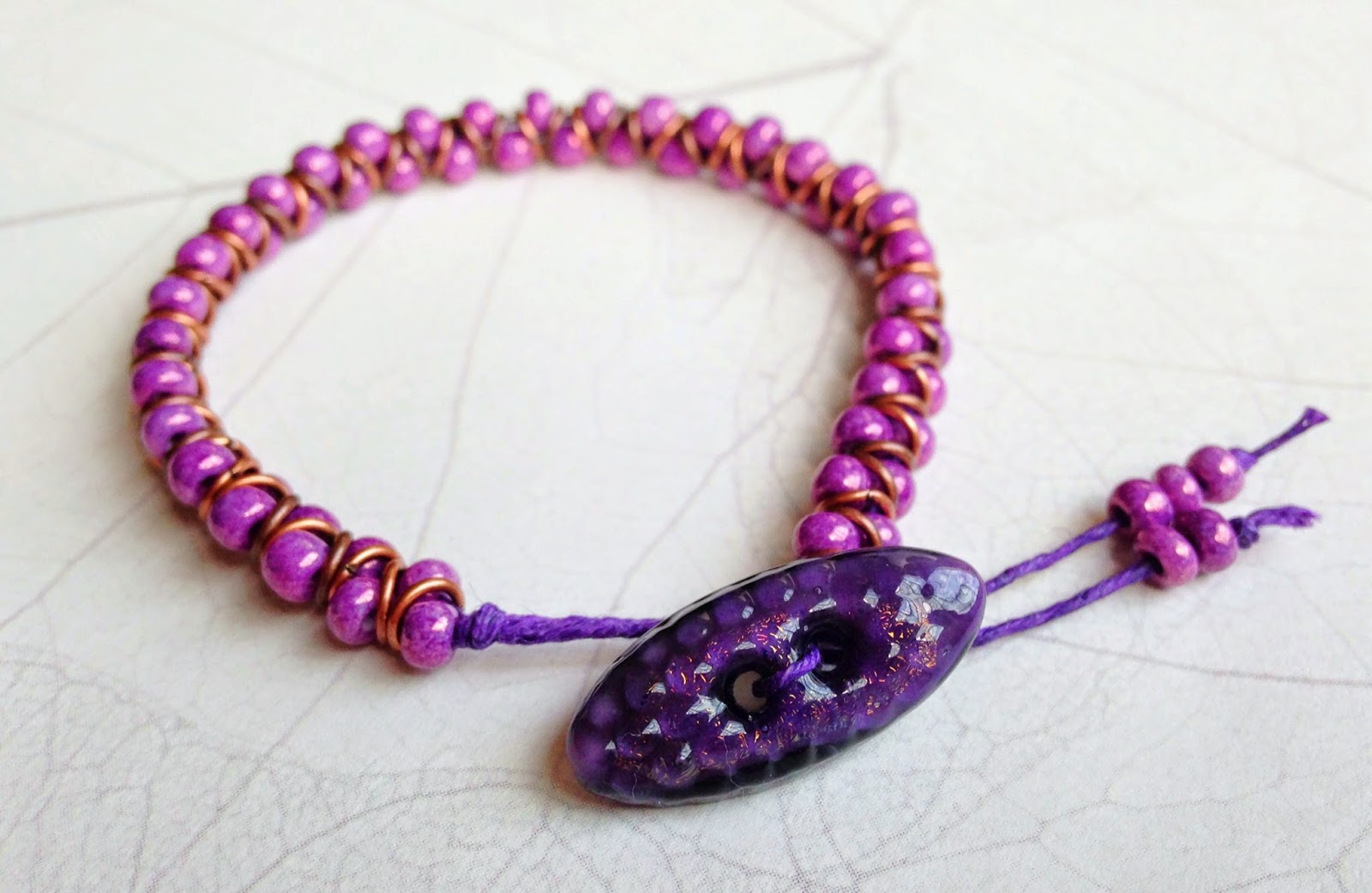 I'm happy with the way that first bracelet turned out but I wanted to do something else that showcased the linen cord a little more.  I've been enjoying looking at the pictures Erin has been sharing of her stacked bracelets so I decided I wanted my second look to be something that could be worn with the first one.  Oh, and I needed to incorporate an art bead.  Game on!

I picked out a large polymer clay lentil bead by ArtsyBecca that I got as a door prize on the Bead Cruise because it had a nice mix of colors including some purple.  There is also some pale blue green and a nice metallic sheen to it.  I paired it with some rainbow fluorite and little square copper plated spacers.  I chose a toggle clasp from TierraCast that mimicked the patterns in the focal. 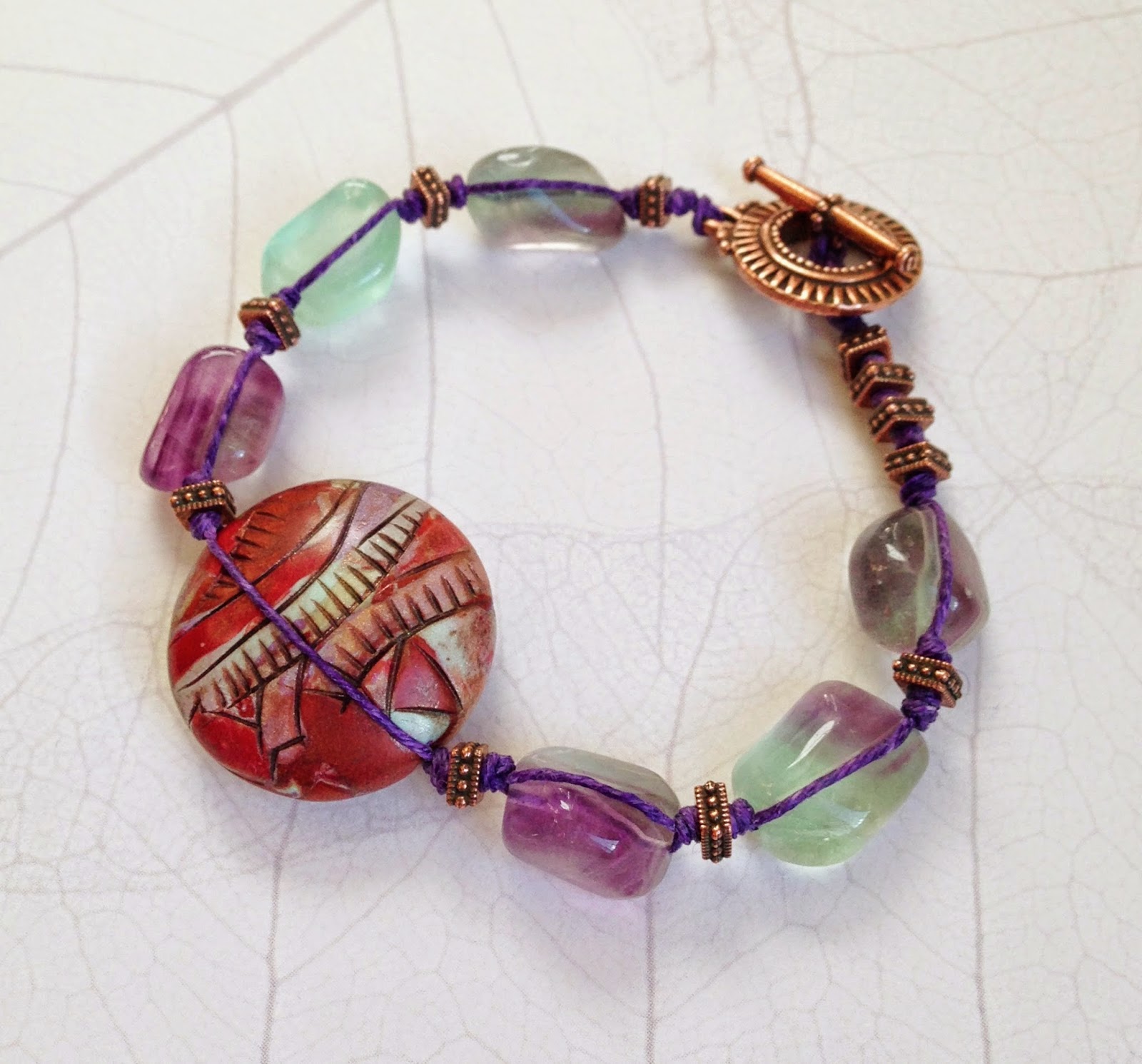 I still have some issues with bracelet balance so I'd love to hear your thoughts and suggestions.  I'm also not sure about the best way to knot the clasp on the end.  I started with a larks head knot on the one end, but the toggle bar side just doesn't do exactly what I wanted it to.  I had to add a few overhand knots at the end to make it long enough for me and to allow the bar to pass easily through the ring side of the clasp.  So, again, any tips would be greatly appreciated!

Here's my finished "mini-stack" on... I think they look great together or alone! 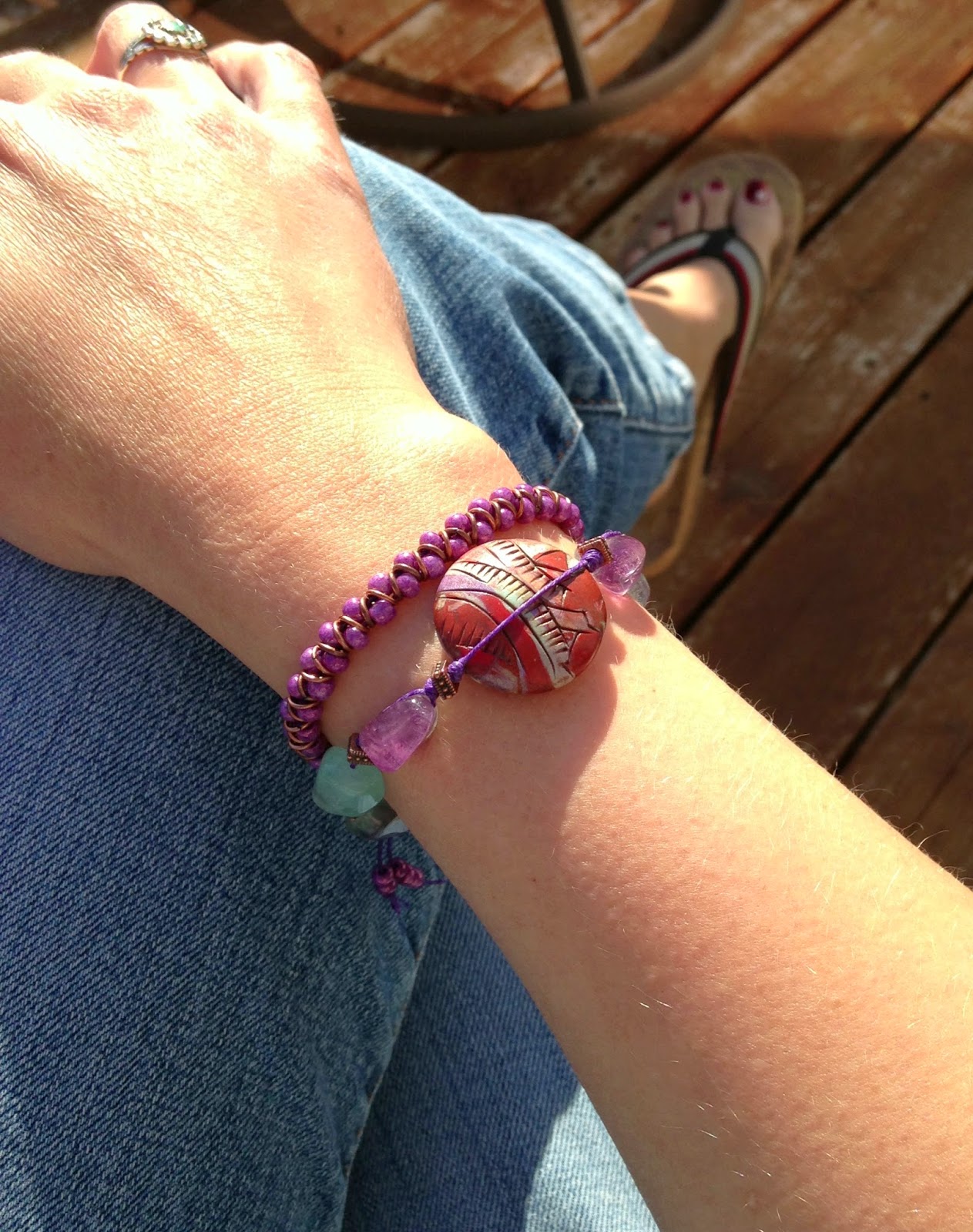 As a P.S. to this post, I'm also sharing a bracelet that my friend, and Bead Cruise room mate, Kathleen just made with waxed linen.  It's a pattern of her own design.  I'm super happy and impressed by the way she has embraced the beading life! 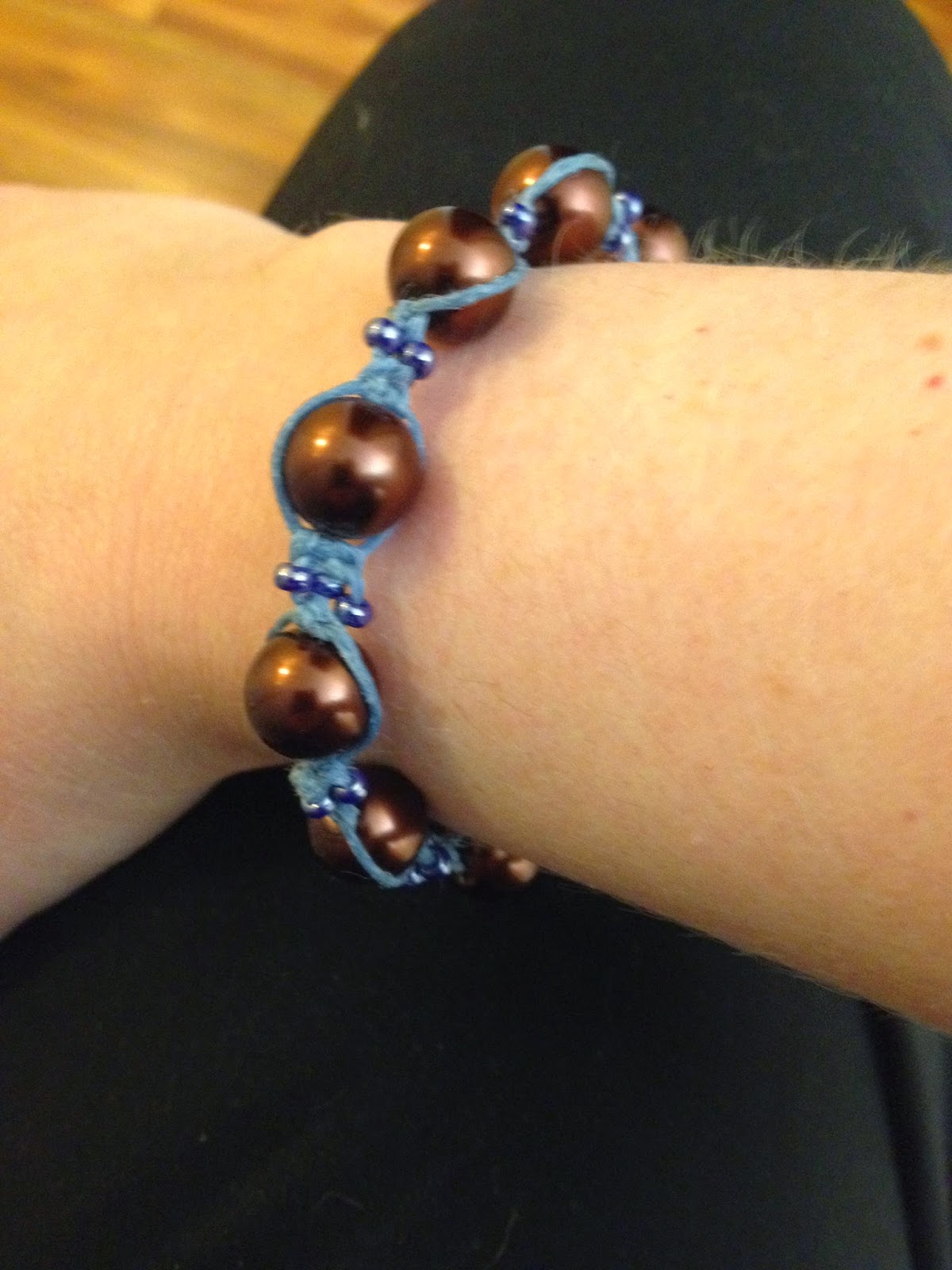 And now for all the blog hop fun!  Lots of folks participating in this one so have fun bopping around seeing what everyone made.

Posted by Sarajo Wentling at 5:00 AM