Welcome to my entry for the Challenge of Music blog hop that Erin Prais-Hintz is hosting over on her blog Treasures Found.  You can read more about the genesis of this challenge and a pretty amazing organization called Music and Memory on Erin's blog HERE.  When Erin revealed this challenge, I was intrigued by the idea of a significant song inspiring a piece of jewelry.  I totally get that music can actually transport you back to a very specific time and place in your life... letting you relive old memories for a few moments. 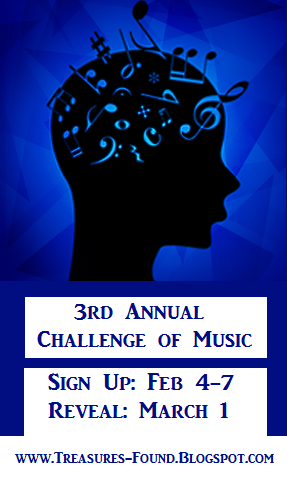 The challenge that Erin gave us was to pick a significant year in your life and then to choose a song from that year to help tell your story.  My problem was that I couldn't get a song and a year to gel.  Let's face it, it isn't always what is new or popular that resonates with a particular time... for instance, the Beatles makes me think of my high school years not the 1960's (when I wasn't even born yet!)  With so many other commitments and projects on my plate, I had actually decided to just sit this one out.  That is until the morning before the reveal (nothing like waiting until the last minute, right?) when I just happened to catch a song on the car radio that, in combination with a pendant I had just received in the mail, sparked my imagination for this challenge.

What was this magical song you ask?  Why it was November Rain by Guns N' Roses.  The moment I heard the opening notes of a song I haven't listened to in years, I knew that this was my song and the Jade Scott resin cloud I had just bought was my focal.  I waited until the song (all eight minutes and 57 seconds of it) was over and then literally ran into the house to double check when the reveal was, gulped when I realized it was the next day, and then sped off to start my project.

Here's a link to the music video if you aren't familiar with the song (or if you need to have a nostalgic moment like I did).

November Rain is from Guns N' Roses 1991 album Use Your Illusion I but it wasn't released as a single until June 1992.  The song made it to number 3 on Billboard's Hot 100 list and has the dubious honor of being the longest song to make it to the top 10 of that chart.  For my purposes, I'm going with 1992 as my year.  Even though it hadn't made it radio play at the time I'm going back to, it was on heavy rotation on CD and mix tapes in my teenaged world.

If I'm honest, the most accurate title of my blog post would probably be something like "November Rain or Surviving the (melo)Drama of Teenaged Love."  Without going into too much detail to protect both the the guilty (that would be me) and the innocent (my high school boyfriend at the time), I'll keep this as brief as possible.  Basically, I'd been dating a really nice guy for a while (my first really serious boyfriend) and decided in all of my infinite 17 year old wisdom that if I couldn't see a long term future that I should break it off.  So I did.  And was instantly remorseful.  I begged him to take me back (there was lots of playing of We Can Work it Out by the Beatles... oh my but this story is cringe worthy) which he eventually did.  We dated a little while longer and then I broke it off again (after meeting someone else that I wanted to date instead... more cringing).

To sum it up, there were broken hearts, angry words, and lots of tears.  Yup, all the makings for your stereotypical teen drama.  Unfortunately, in this particular drama I was the villain.  I was a total jerk to someone who deserved far better.  This was the first time that I'd found myself on this side of the break up...twice in a row no less...but it wouldn't be the last.

I played this song (and Don't Cry from the same album) quite a few times during this whole saga while crying bitter tears.  I thought I wanted to be on my own and independent... but I really didn't.  I was a serial dater and was no good at not having a boyfriend.  I sometimes still need the reminder that it is ok to be by myself sometimes.  Even in the most wonderful relationship (and I'm extremely lucky to have found the right special someone) you need your own space, your own time, your own interests.  That's not just ok, it's important.

Here are some choice lyrics for your pleasure (if you don't want to spend 9 minutes watching the video above in all its cinematic glory):

Now that you know the ugly truth about my teenaged self, I hope we can still be friends. I like to think that I've grown up quite a bit in the last 22 years and am (mostly) less of a jerk than I was in the spring of 1992.  So, after all that talking about music and memories, I guess I should show you what I made. 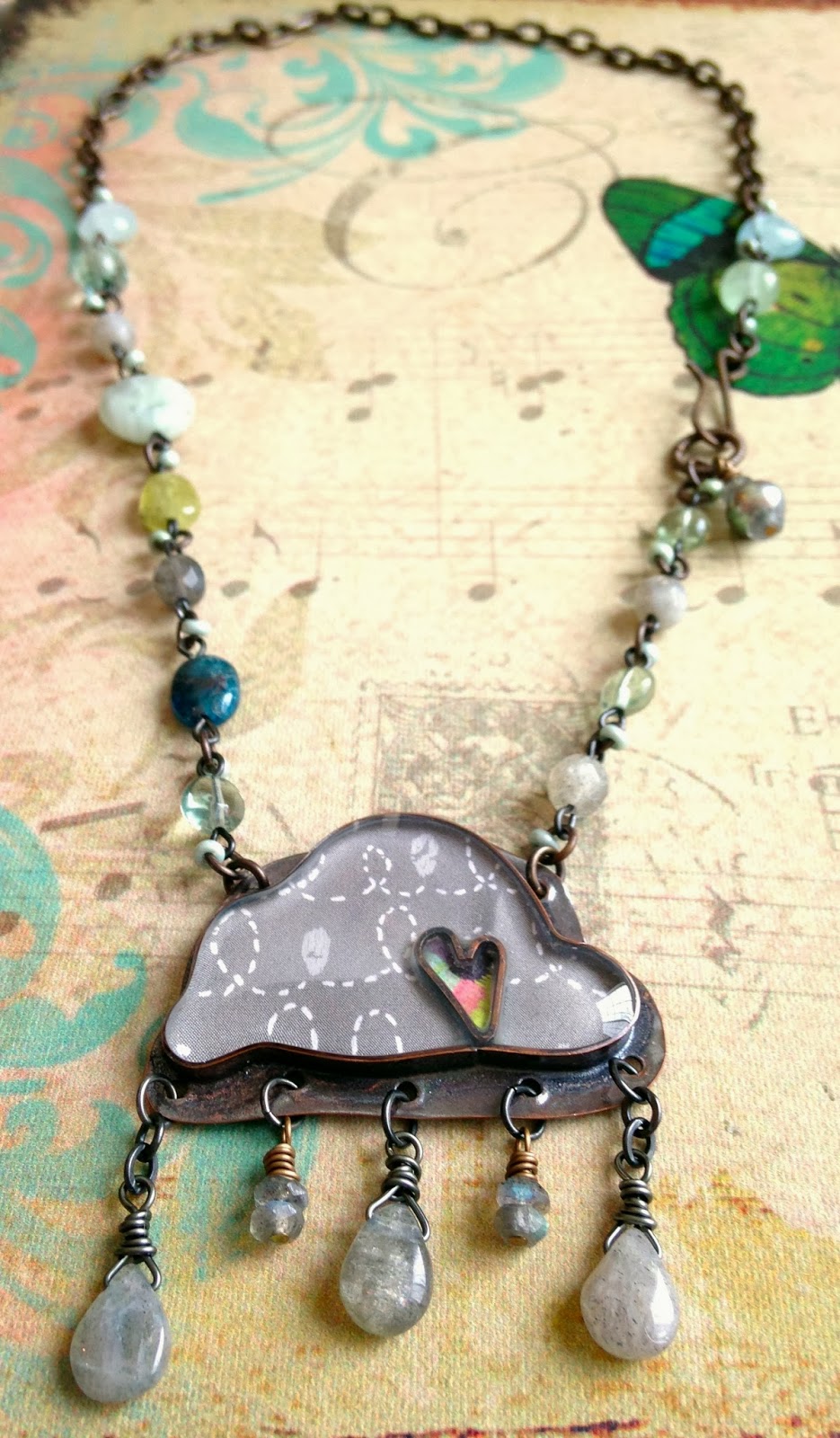 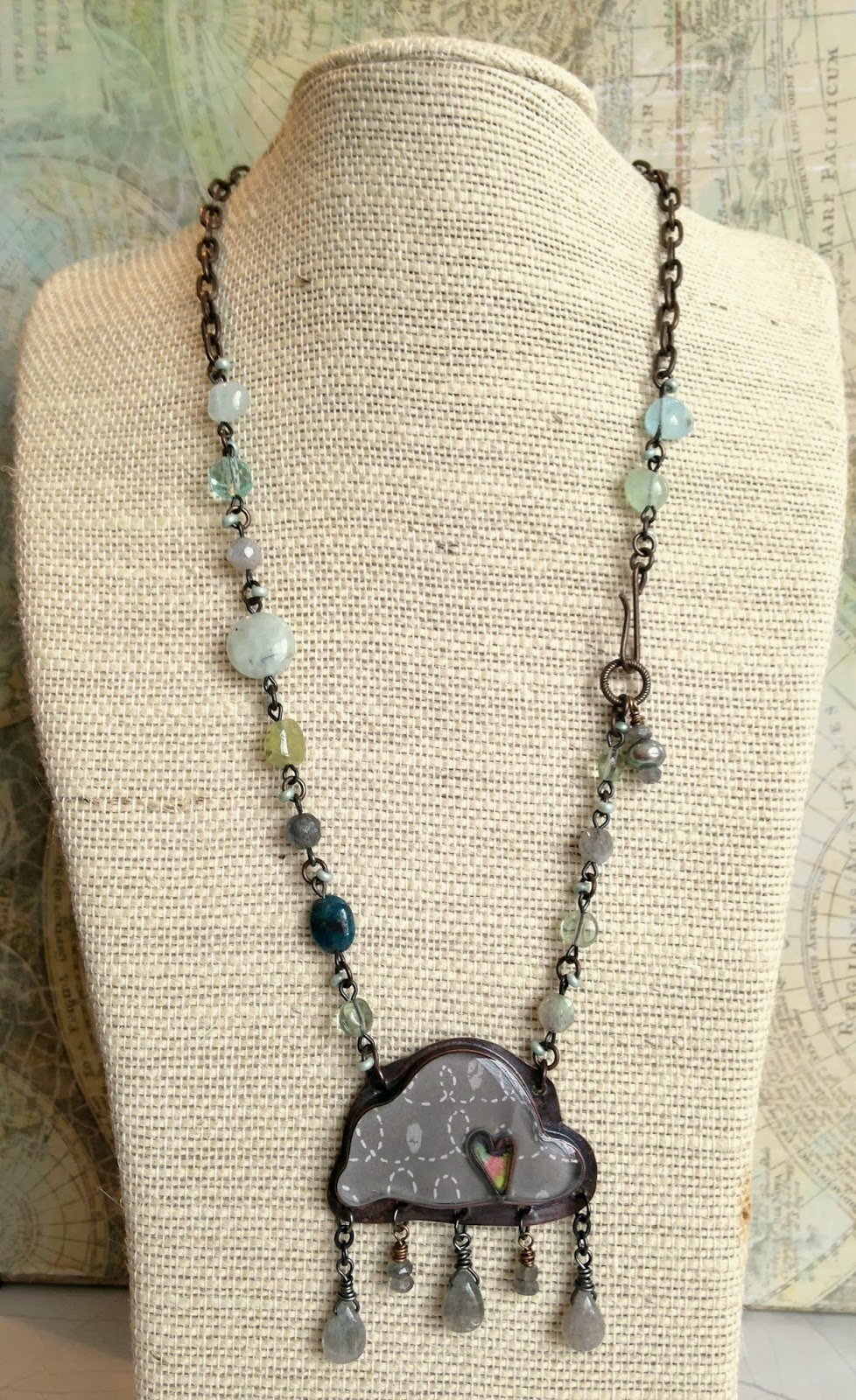 I'll be honest, I went pretty literal with my creation, but seeing as I made it less than 24 hours before the deadline... I'm pretty pleased with the result.  As I listened to Use Your Illusion I on repeat (yes we own it) I started to create.  I began with my new Jade Scott resin cloud pendant knowing that I wanted to dangle some Labradorite teardrops from the bottom.  I mixed in some smaller rough cut rondelles to mix it up and keep it from getting too busy.  I went with all gemstones and stuck to mostly muted colors in grey, pale green, and light aqua.  There is a lot of Labradorite throughout the necklace as well as green fluorite, apatite, aquamarine, pearl, and tourmaline.
I think that this necklace is going to be a keeper for me.  A reminder of emotionally rainy days but also, cheesy as it may be, that clouds do have silver linings.

Please take a peek at what the other participants came up with over on Erin's blog HERE... I'm excited to see what musical memory lanes they take me on!

Posted by Sarajo Wentling at 7:30 AM