The Ocean at the End of the Lane: Inspired by Reading

This month's Inspired by Reading Book Club is extra special because Eric and I have actually traveled to Pennsylvania to take part in the in person meet up that Andrew Thornton hosts at Allegory Gallery!  We've been so excited to finally get to meet everyone and hang out.  Since I'm writing this post before the trip, I'll have to give an update when I get back.  Andrew's blog post will likely have some more details of the gathering as well. 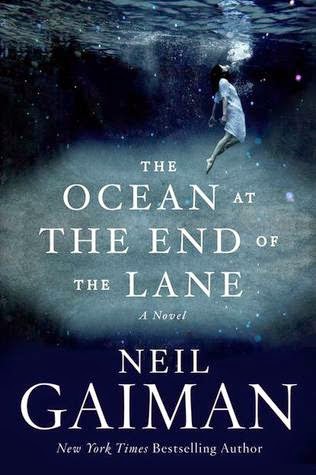 The book for October was The Ocean at the End of the Lane by Neil Gaiman.  Being fairly big Gaiman fans, I'm surprised that neither of us had read this book yet since it's been out a little while.  It's been sitting there on the shelf, but we just hadn't gotten around to it.

I'm having a hard time figuring out what to really say about the book.  In true Gaiman style it was dark and magical and strange.  The bulk of this slim volume is a flashback that the main character is having to a series of events in his childhood... to say more would be giving too much away.

I also wasn't too sure where to go with jewelry design after reading the story.  In the end what stuck with me was the pink and grey wardrobe of Ursula Monkton.  Unlike the character, I don't think my necklace is at all dangerous or scary... the similarity stops with the coloration.

I had this pink and grey pendant from Nancy Adams of Round Rabbit in my stash for quite some time and even tried to make something with it a while back but it just never gelled.  I decided it was time to revisit it and see if I could make something work after giving it some time.

I had originally envisioned something asymmetrical with some gun metal chain, but that just wasn't feeling right to me.  Instead I returned to my roots and did some pretty straightforward stringing.  I used a mix of Czech glass, seed beads, grey freshwater pearls, and rhodonite and finished it off with a gun metal clasp. 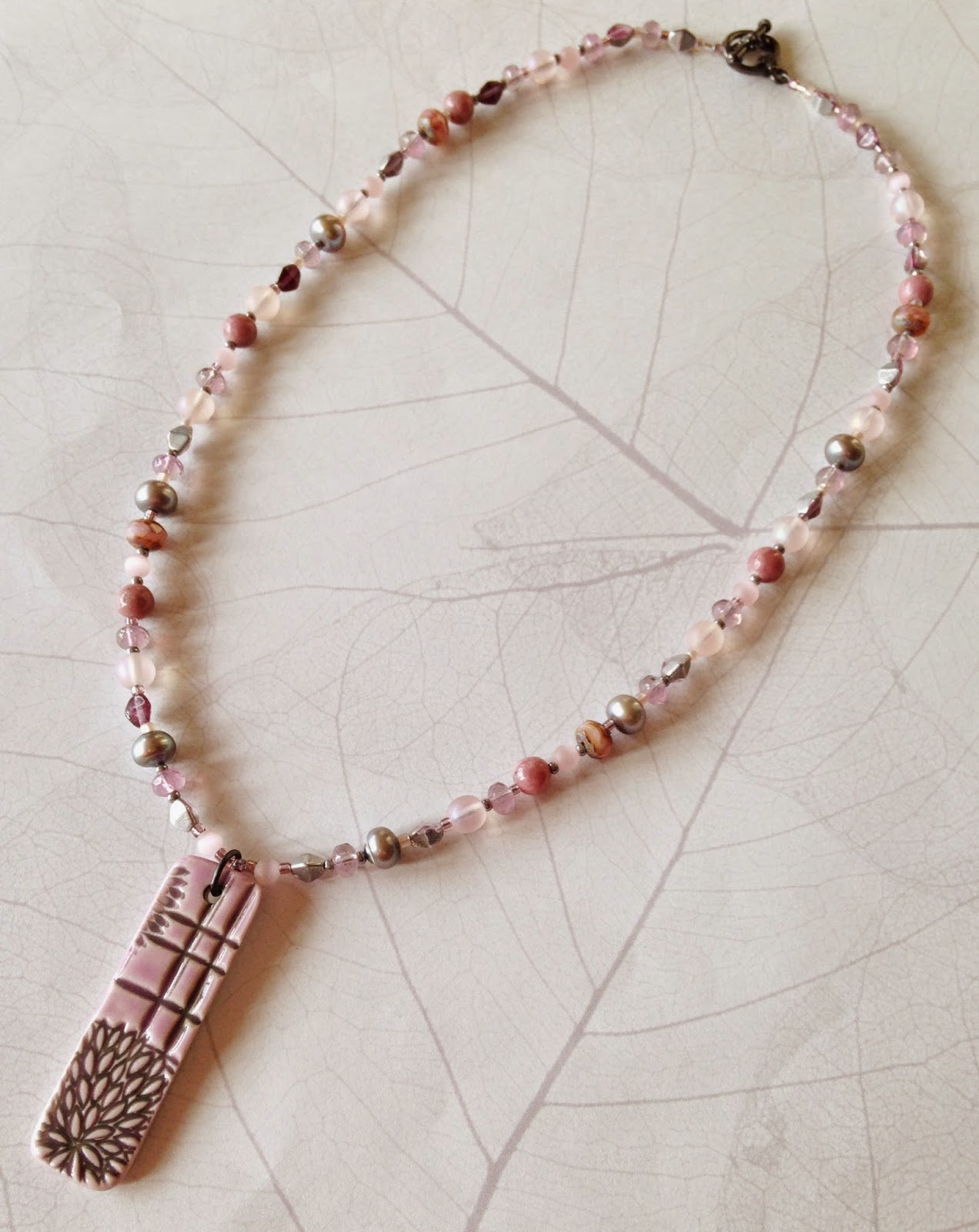 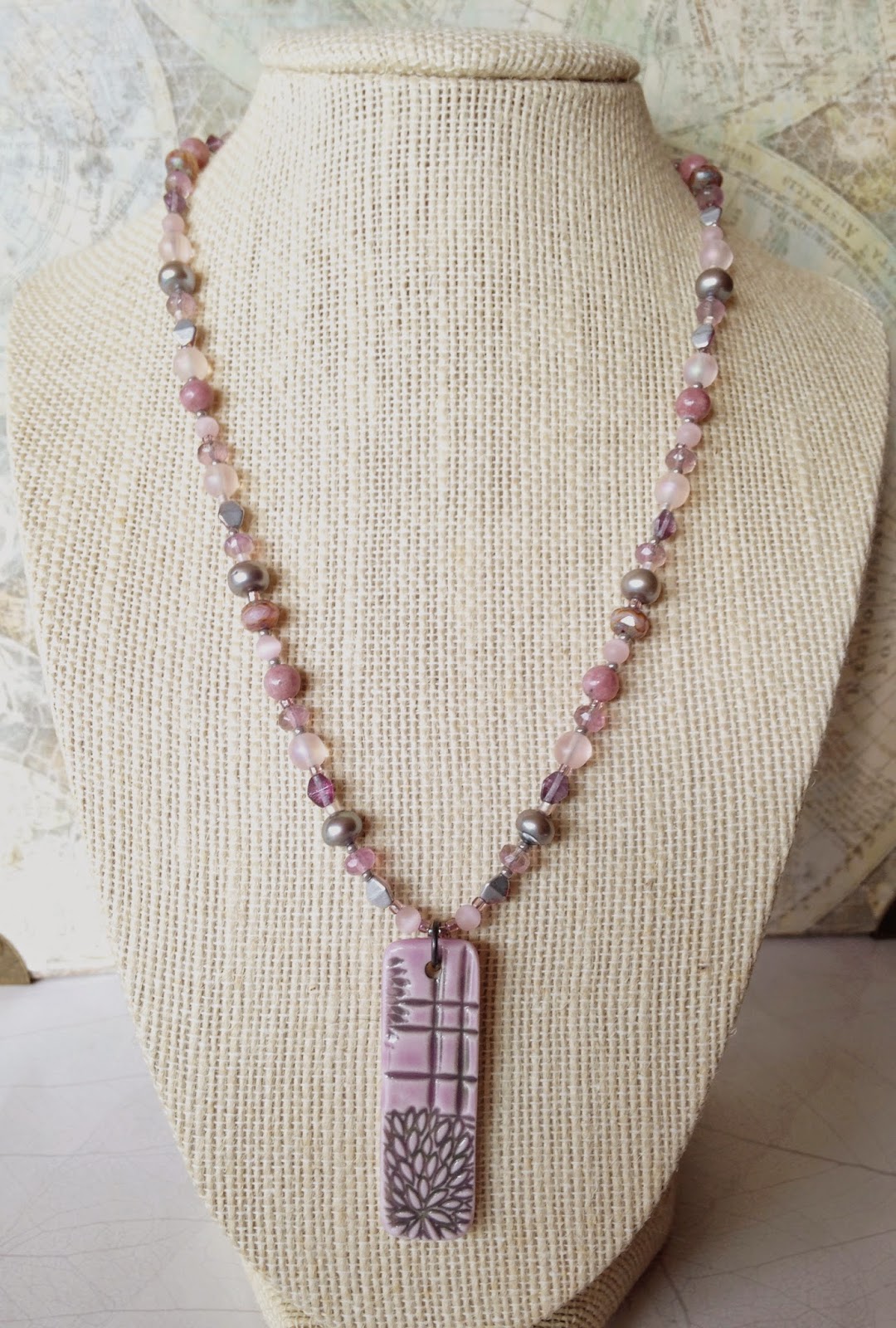 This is a blog hop.  Check out the links to what everyone else was inspired to create over on Andrew's blog HERE.  I'll add links when I land back at home and have a chance to catch my breath!

Posted by Sarajo Wentling at 6:00 AM