Wow.  The February selection for the Inspired by Reading Book Club was a doozy.  I have to laugh because when I saw the title, Geek Love by Katherine Dunn I made the assumption that it would be about geeky, nerdy love... not biting the heads off chickens freak show love.  Of course, the copy I got from my library had a much more generic cover than some other editions.  Seriously, the font even looks geeky in a computery sort of way. 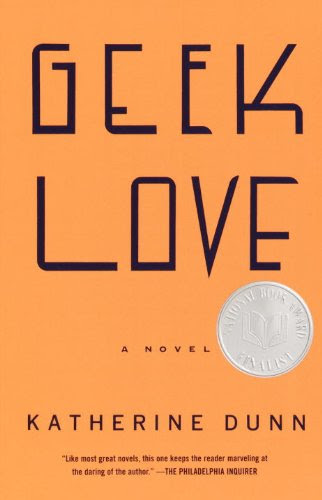 I think I would have figured it out sooner if I had gotten this edition, lol! 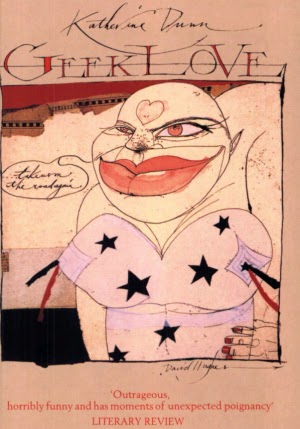 This story truly sucked me in and wouldn't let me go no matter how strange the tale became.  The book chronicles the tale of the Binewski family's traveling carnival/freak show.  Ok, that doesn't sound so terribly weird, but the parents Al and Crystal Lil, tinkered with nature to ensure that all of their children were born true freaks.  They have Arty the flipper boy, conjoined twins Elly and Iphy, Olympia the albino dwarf with a hunchback, and baby boy Fortunato aka Chick who has the strangest and strongest talent of all.  There is also a special trailer that holds all the failed children in their special jars.  Nope, that's not the least bit abnormal!

Much of the tale is about family ties and love (often of a pretty twisted variety), and protecting your own kin at whatever the cost.  I won't give too much away but ultimately the price was pretty high.  The structure of the story was interesting to me.  The majority is set in the past as Oly reminisces on her youth but there are also chapters woven in that she calls "Notes for Now" covering the present day.

While I enjoyed this book and finished it at the beginning of February, I had no idea what to create from this strange tale of warped love and family ties.  Inspiration struck at the eleventh hour when I was just back from the Bead Cruise where I had taken a class from Heather Powers that taught me needle felting and some basic bead embroidery stitches.  This is the beginnings of what I came up with: 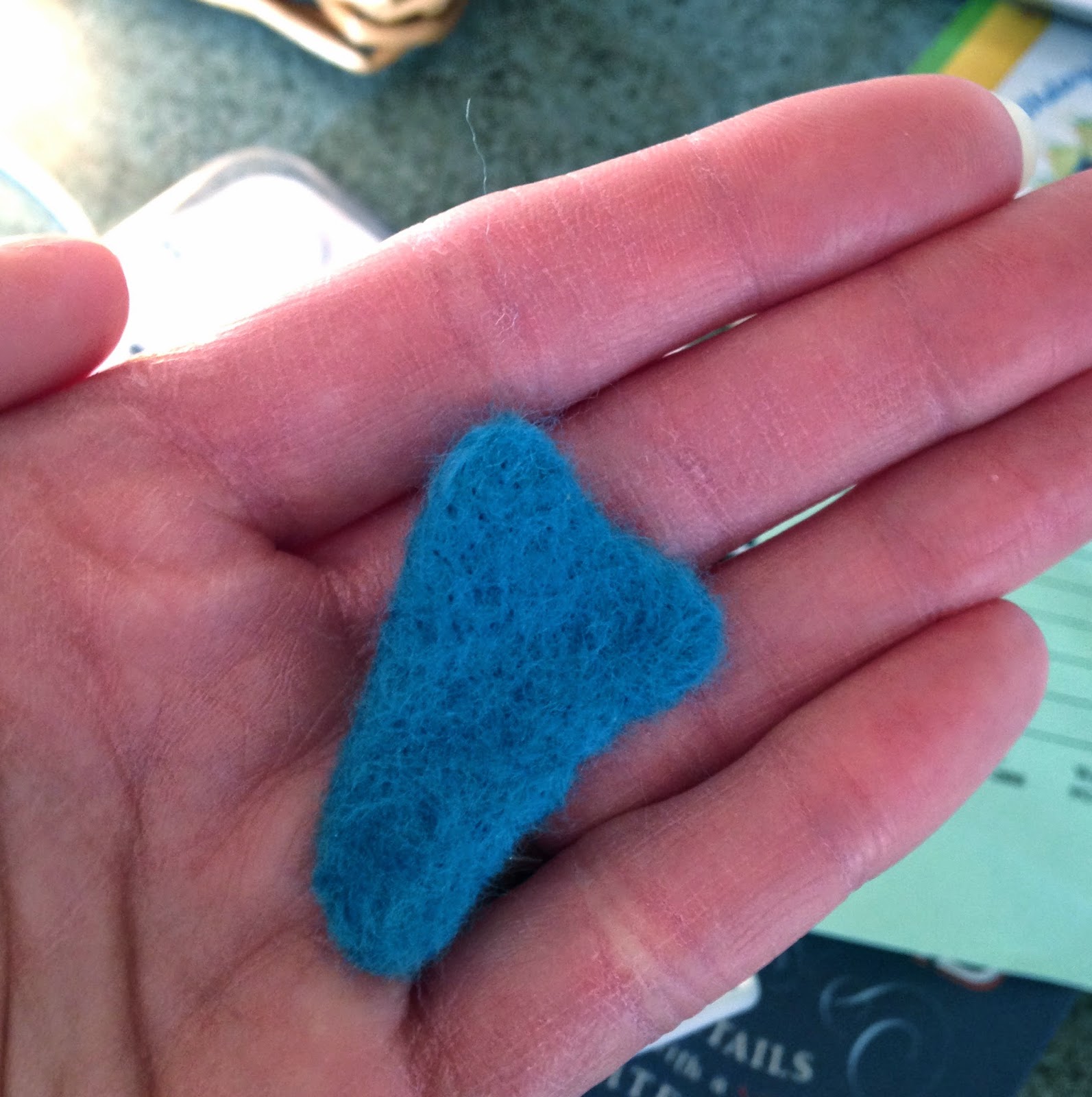 What is that?  you may be asking yourself.  Why it's a flipper!  I used some of the turquoise felt left over from my class to needle felt the general shape.  If you've never tried this technique, it's really fun and a great release on those days you might be feeling a little stabby!  Here is the finished design: 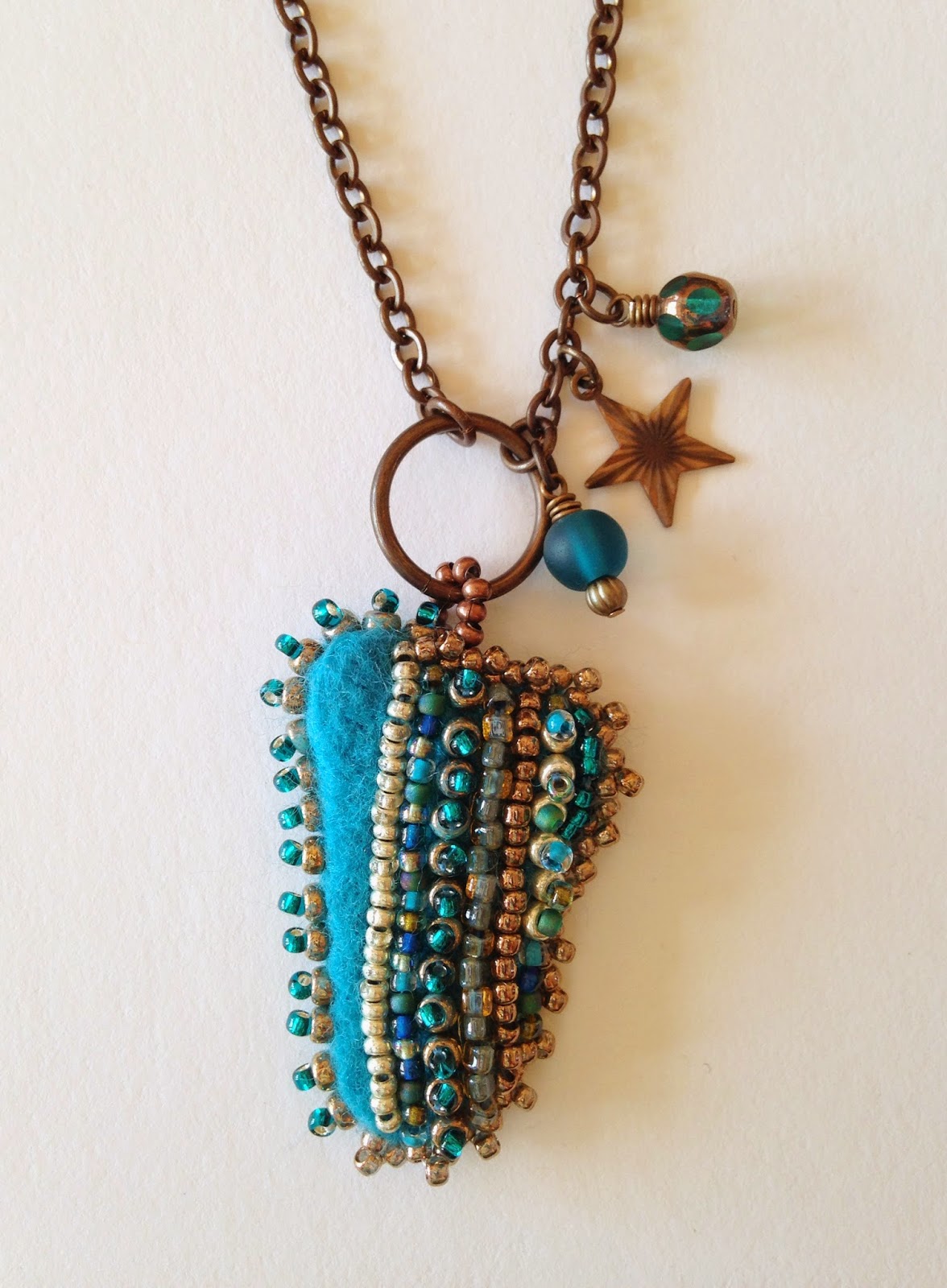 I chose this color and the blue and gold beads for the embroidery because of how Arty would make himself up for his performances.  I added a star charm because Arty was the headlining star attraction.  I thought about adding a heart for Oly's deep love for her brother despite all of his character flaws, but it just didn't look quite right.  Sometimes less is more.

And here's a little side story on the making of this piece.  The reveal was originally set to be March 5 while I was on the road helping my friend Kathleen move.  (Due to more yucky weather in the Northeast, the meet up and reveal got pushed back a week... I almost didn't escape D.C. due to Snowmageddon!)  Anyway, I got to the Minneapolis airport super early to begin with and then my flight was delayed an hour for mechanical problems so I had lots of time to work on my project.  I did all the bead embroidery except the edging and bail while sitting at the airport in this weird little pay phone cubicle that was right by my gate.  It was perfect since it had a bench, a work surface, and an outlet to recharge my cell phone! 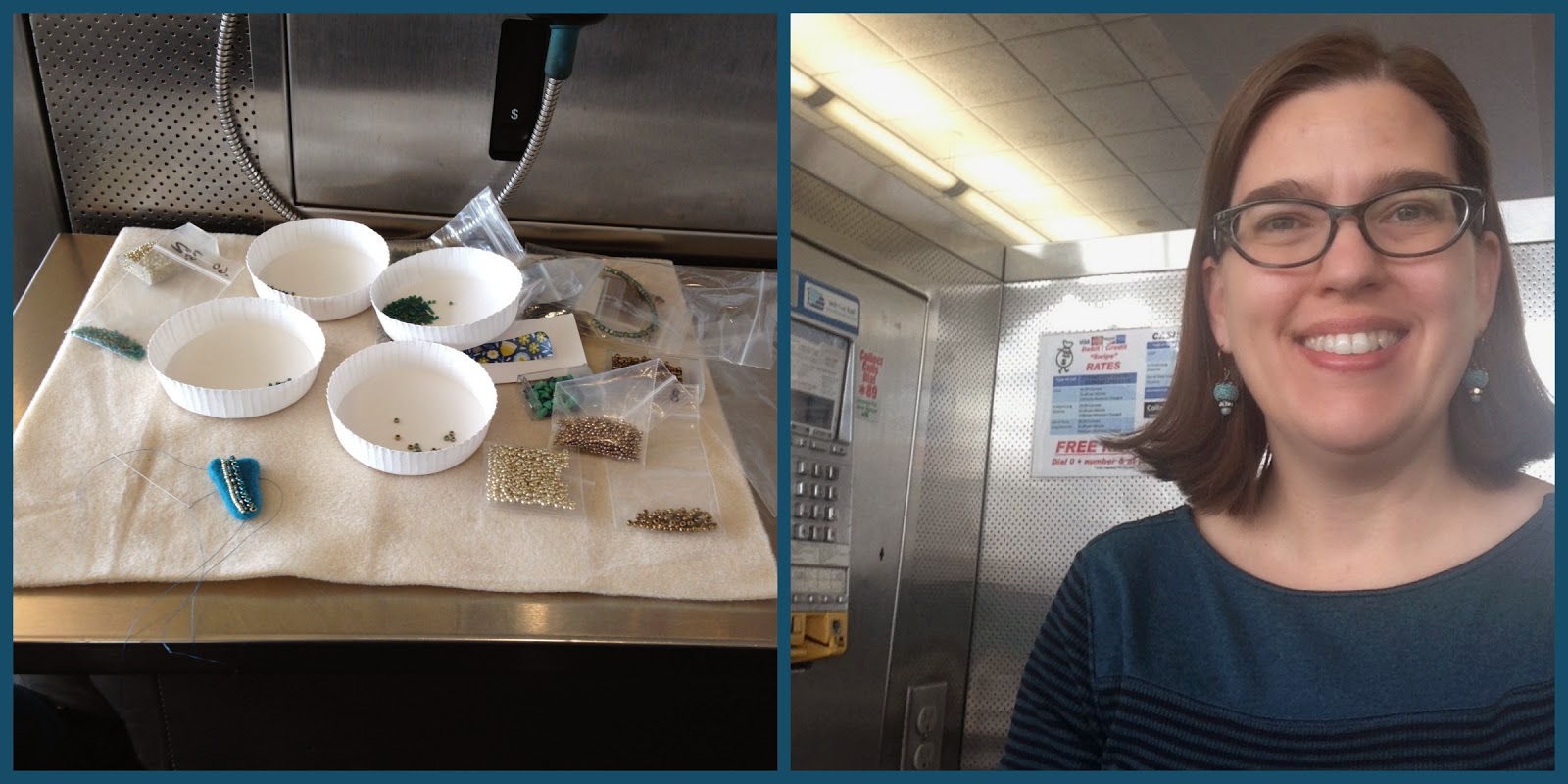 Back to the Bead Cruise for a moment... in class we felted a shape that was supposed to be a leaf.  I'm not sure how leafy my class project really looks, but it did give me the idea for my book club project.  Here's a peak of that from midway through the class...  I got most of the embroidery done after I snapped this pic but I still have to do the stitches around the edges and make the bail. 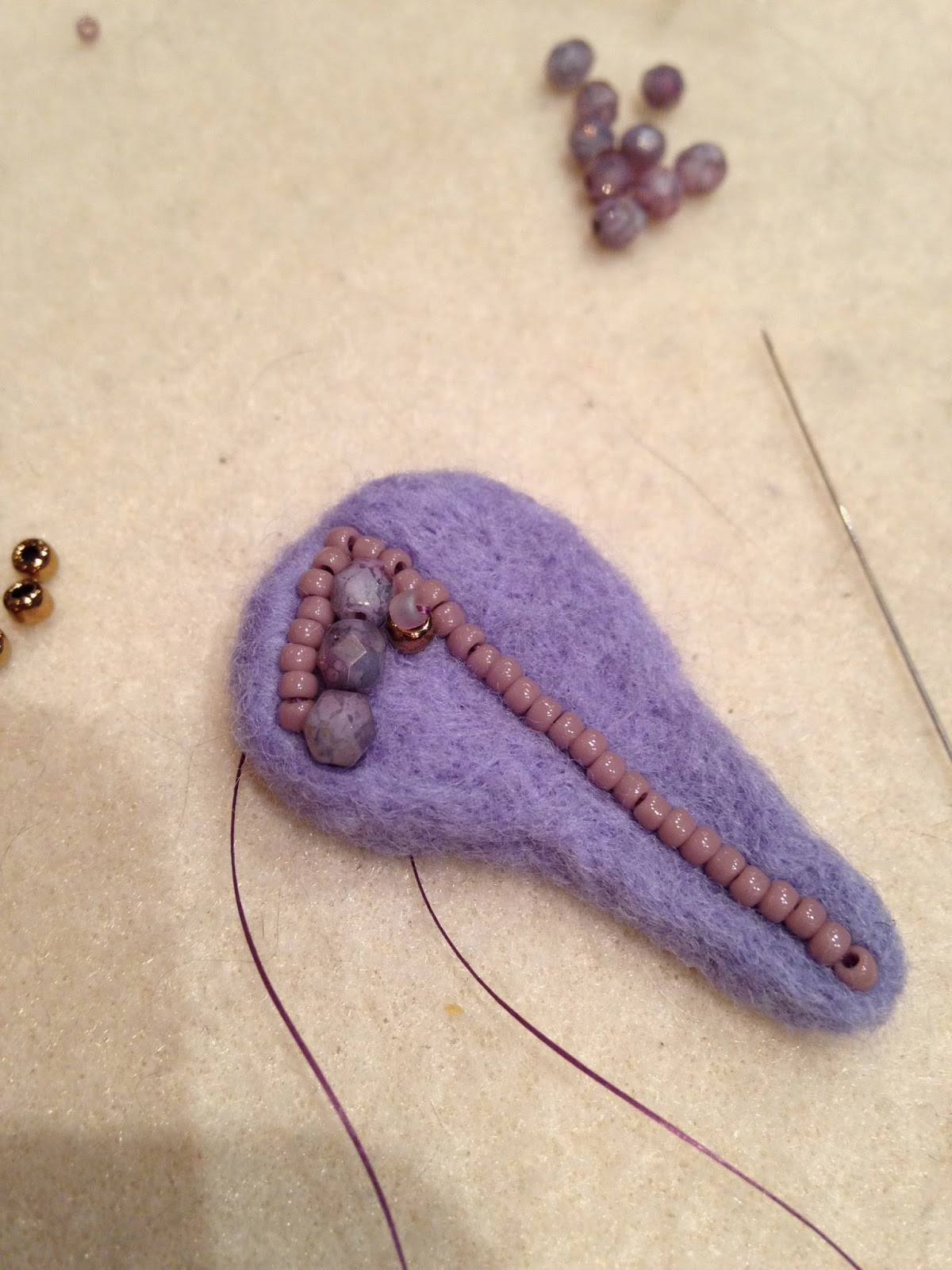 Pop on over to Andrew Thornton's blog to see what everyone else created HERE.

Posted by Sarajo Wentling at 5:58 AM