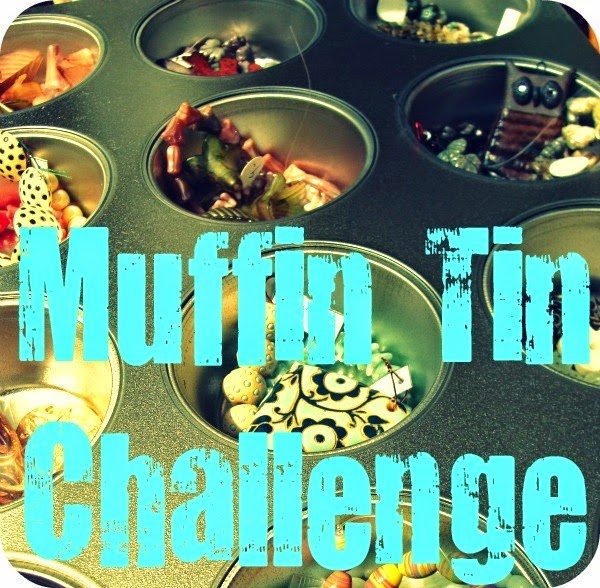 Heather Powers has thrown down the gauntlet and is hosting another great creative challenge.  The idea is pretty straight forward... grab a muffin tin and put everything you need for one project in each of the 12 cups and then complete as many projects as possible as quickly as you can.  The theory is that you should be able to finish your projects speedily since you've already made all (or in my case, most) of your decisions.

Since I had to deal with some major bead reorganization before I could even think about starting to pull things for this challenge...and the holidays, I got off to a slower start than I would have liked.  I'm never one to shirk a good challenge, so I dug in as soon as I was able and got my muffin tin all filled!  Here's the before shot: 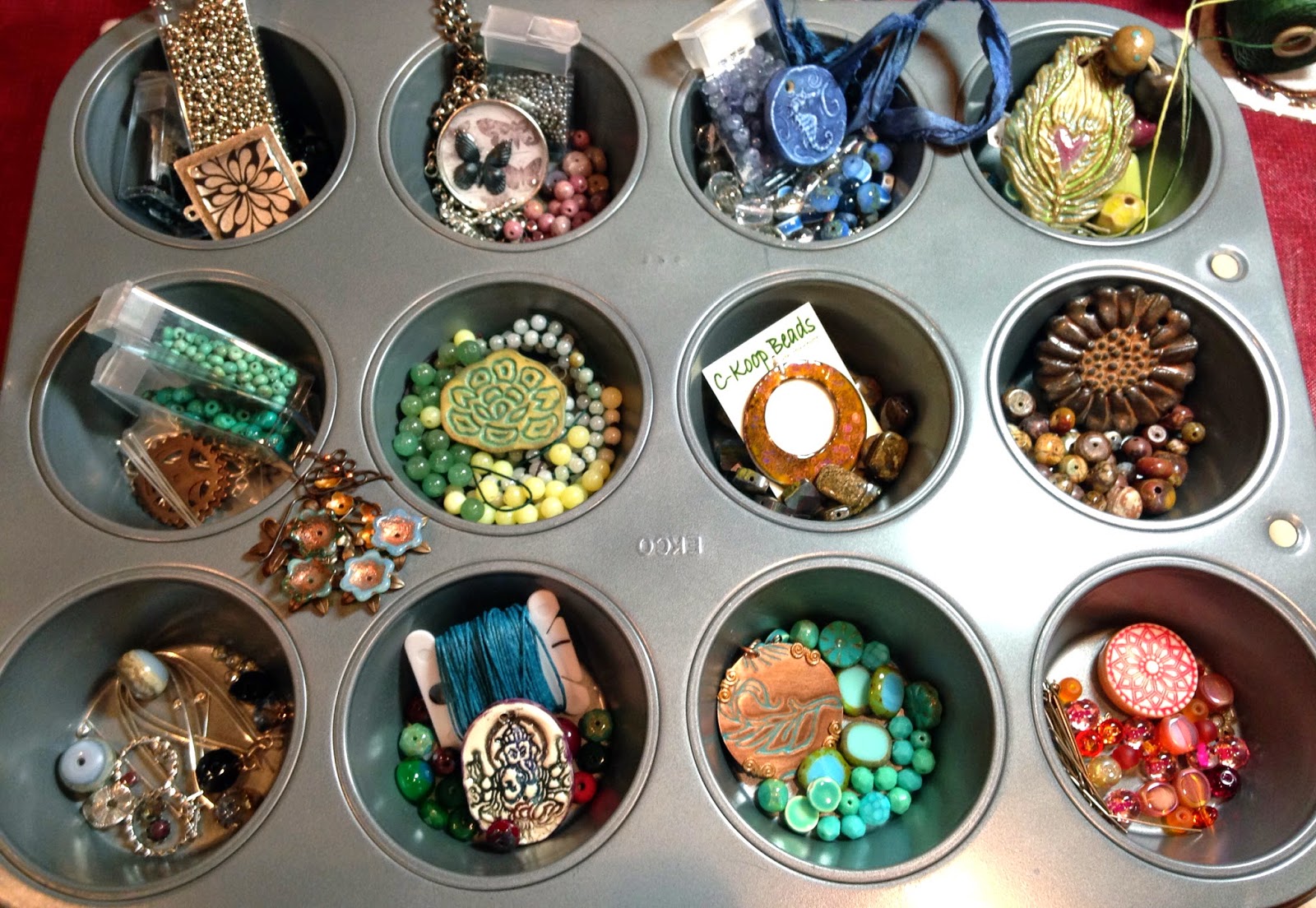 Ever the over achiever, I actually set up a baker's dozen projects.  (See that little pile on top of the tin?  That's the makings for a couple of pairs of earrings.)  Actually, since a couple of tins actually hold the makings for more than one piece of jewelry, I had 15 projects more or less ready to go.  Lots of art bead goodness in those little cups... focals by Diana P., Andrew Thornton, Jenny Davies-Reasoner, Tracee Dock, Gaea, Round Rabbit and even a couple of pendants that I made!

For most of my muffin cups I took an idea that Erin Prais-Hintz put out there and ran with it.  She had mentioned that she planned on using this challenge to work on projects for magazine submission.  I totally copied her and focused on ideas for some upcoming magazines.

In the end, I managed to pull together seven necklaces and six pairs of earrings (one pair that never actually made it into a cup.)  Technically I still have 4 cups left unfinished after that, but I'm going to call it a win!

But enough talk, I should get back to sharing the projects that I completed!  But there's just one small catch... Remember how I said I was mostly working on projects for a magazine?  Well, they do this thing where you can email them pictures before their official deadline and they will let you know which, if any, of your designs they'd like to see in person for further consideration.  I emailed them nine designs, and they have asked me to send in eight of them!  I'm super excited for this opportunity even though there are no guarantees that they will choose to publish any of my pieces.  It's a step in the right direction at any rate!

The bad news is, since most of the projects I finished are under review for the magazine, I can't really share them with you yet.  (Which is really, really difficult since I'm pretty proud of my work and WANT to share.)  So, as a sort of a compromise, I made a PicMonkey collage of my finished project and focused in on some of the details for most of the projects and then did some funky effects to blur them out.  Hopefully you'll get to see at least one of them in focus and full color later this year.  Fingers are crossed! 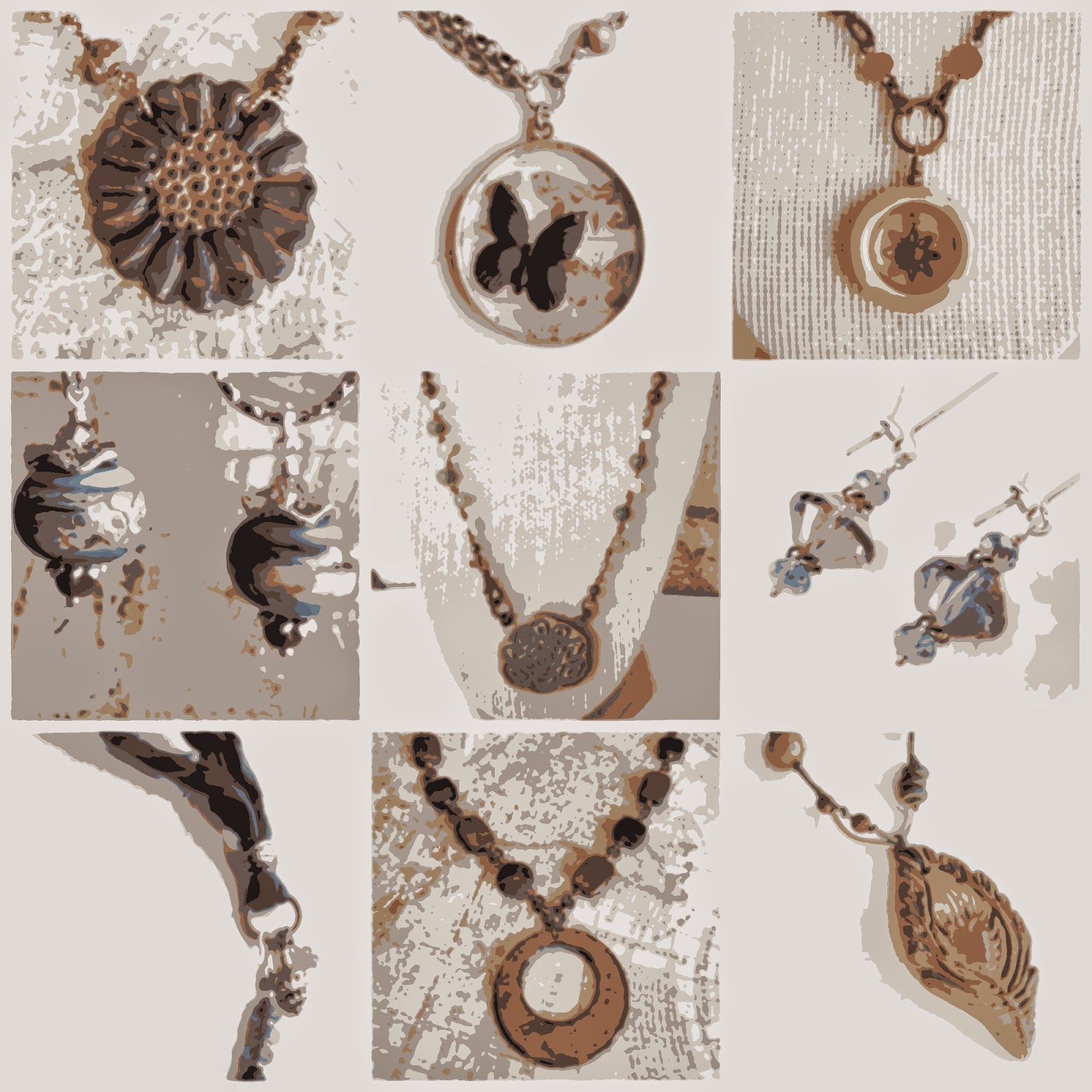 A huge thanks to Heather for hosting this challenge and giving my creativity a much needed kick start!  I had a lovely holiday season, but it might not have been the most productive couple of weeks from a jewelry making perspective.  Thanks to the muffin tin challenge (and the looming magazine deadline) I had a great week of making some fabulous, if I do say so myself, jewelry.  It's a strong start to what I hope will be an amazing 2015! 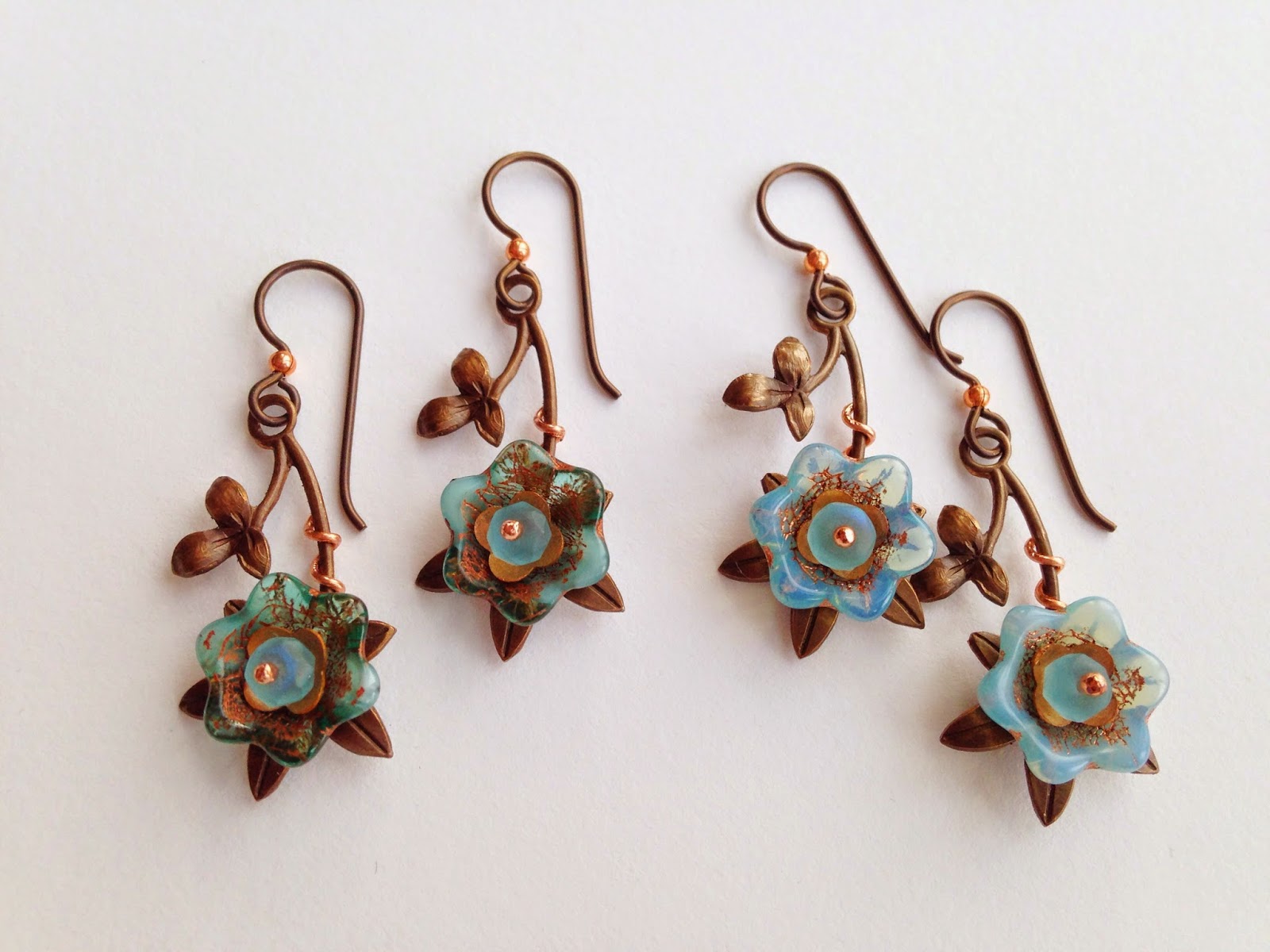 Now it's off to fill out all the paperwork for my submissions and get them safely in the mail!

Be sure to pop on over to Heather's blog to see everyone else's muffin tin creations HERE.

Posted by Sarajo Wentling at 2:14 PM