Paris to the Moon - Inspired by Reading

I mentioned a while back that I was joining in on another new design challenge... Andrew Thornton's "Inspired by Reading Book Club." Today is the big reveal for the group's first book selection! 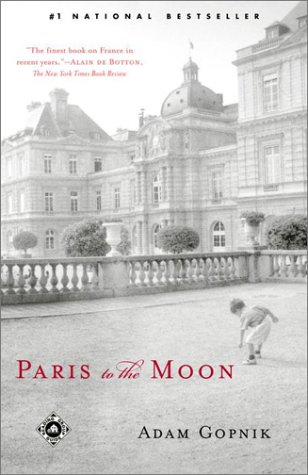 This month's selection was Paris to the Moon by Adam Gopnik, a collection of essays chronicling the author's time living in Paris with his wife and young son.  Even though I knew it was a series of vignettes and not an autobiography, I was still expecting a stronger story arc running through it for some reason.  I'm not a huge short story or essay person, I like being able to immerse myself in the story...to really get lost in it.  With these essays, I kept getting pulled out of the story as he switched from topic to topic.  My other gripe was that he used an awful lot of French with no explanation.  I'm too lazy to break out the French-English dictionary every couple of paragraphs and felt like he should have given more explanation of the French terms or at least a little more context to help the reader out.

I have to admit that while there were some scenes in the book that captured my imagination, I had a hard time translating any of them into a piece of jewelry with the time and beads that I had available.  Maybe since I've never been to the City of Lights, it was extra hard for me to visualize things in my mind's eye.

I don't want to give the impression that I hated the book or anything... that's not the case.  It certainly wasn't my favorite and it wasn't without flaws, but it did have some interesting chapters.  Some of my favorite bits were the author's quest to find a New York style gym in Paris, his description of the children trying to catch rings on a stick while riding the carousel, and the chapter about their short time as off-peak members of the pool at the Ritz hotel.  As a librarian, I also found the part about the library interesting and sort of horrifying... it sounded so rigid and dysfunctional!

I ended up making use of a Parisian-themed collage sheet from Nunn Design and some of their copper plated bezels, links, and chain to make a cute little bracelet.  I also broke out the rubber stamps to find the Eiffel Tower I used on the larger middle link.  I used UV resin on all three of the links and added a couple of Czech glass beads in shades of green for a little dash of color. 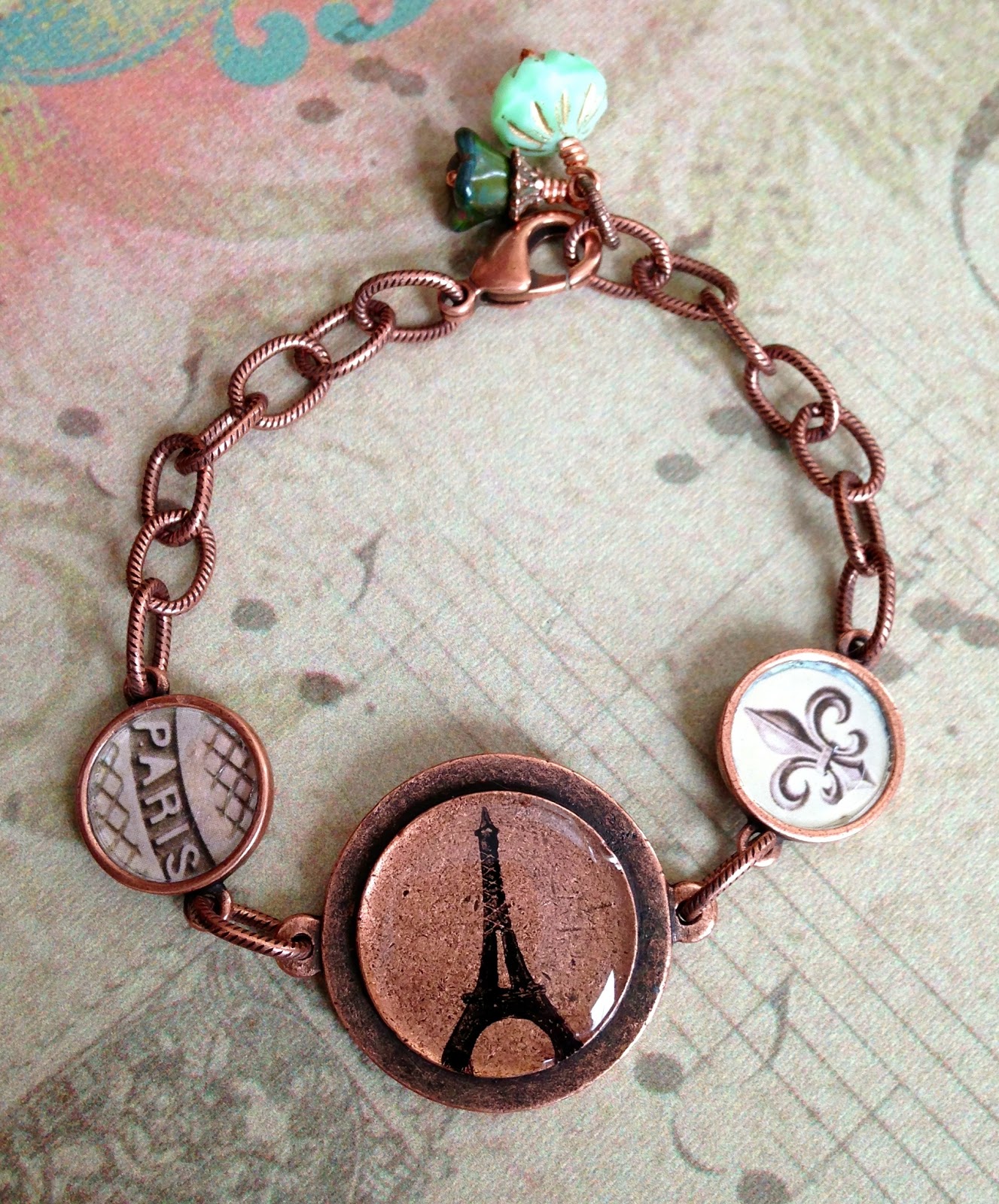 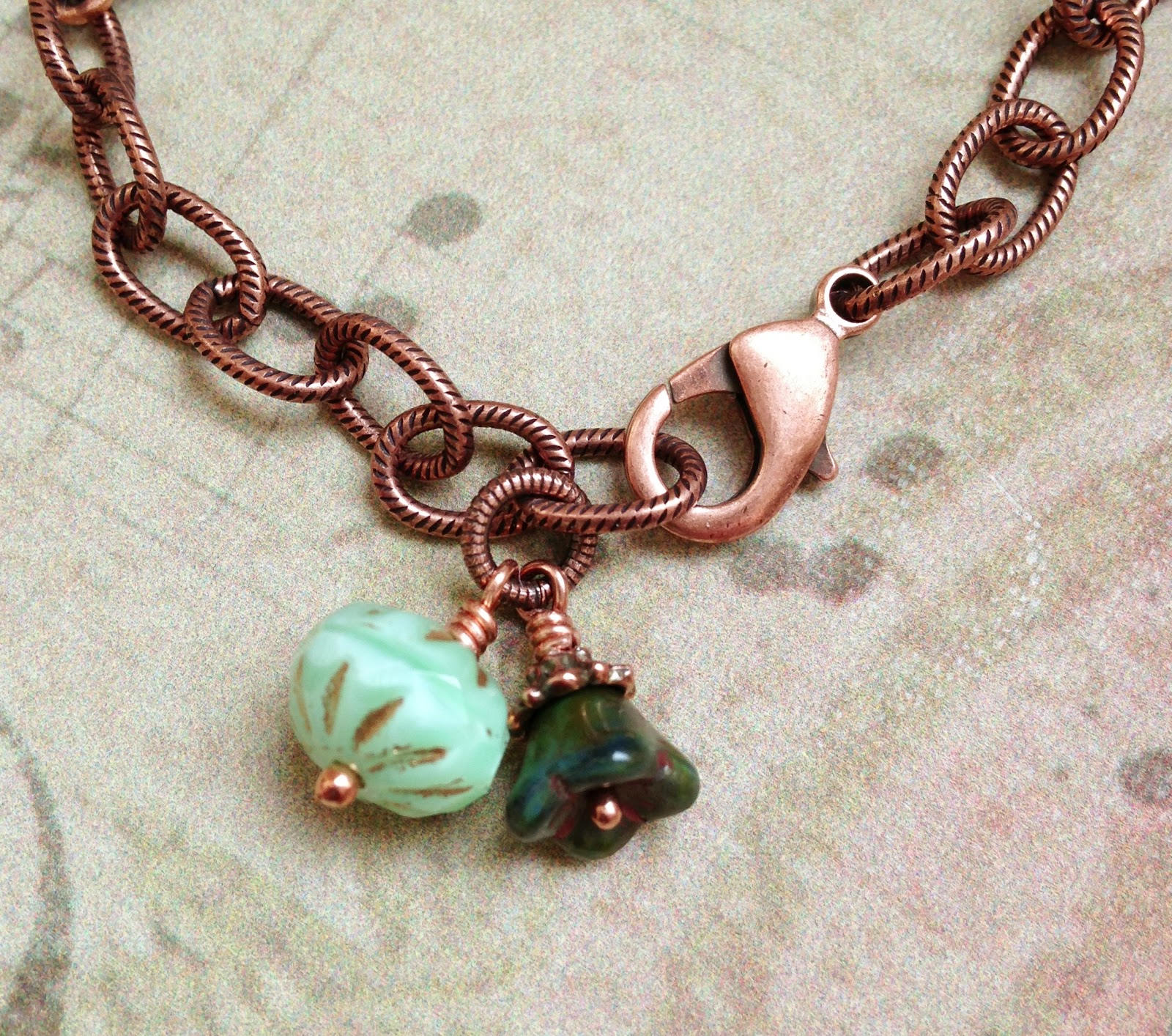 I wanted to use one of the fancy copper pendant bezels that I bought for a coordinating necklace but, unfortunately, I botched the resin job not once, but twice.  Thank goodness I was able to pry my resiny-mess out of it before it completely set!  That would have been an expensive as well as frustrating mistake!

In the end, I feel a little like I copped out by making a piece that is fairly generic "Paris" instead of being "Paris to the Moon."  I think that translating from the written word to a visual medium was much more challenging for me than using a photograph or painting as an inspiration.  I'm taking May off from the book club challenge (too much going on to face the super long fantasy novel!) but I plan to be back in action for the June installment.

Please check out what everyone else created in response to Paris to the Moon and consider joining the fun if you are creatively inclined!