Art Elements Theme of the Month: Birds of Prey

I love all things raptors, so I was super excited when ? announced that the February Art Elements Theme of the Month was raptors.  As I started digging through my art bead stash, I discovered that there was a shocking lack of biodiversity in my raptor bead collection.  In fact, I only had owls... but what a lot of owls I had to choose from!  Dare I say that I have a parliament of owls?? 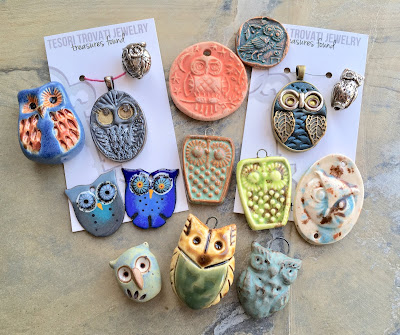 My initial idea was to use just a bit of some of my favorite leafy chain at the front of a necklace with an owl pendant centered on that length.  I eventually settled on a little grey-blue owlie from Gaea that I got from her a while back in a destash bundle.  The loop on the top just sat the best with the leaves on the chain without getting lost.  Playing on the colors of the pendant, I chose some Amazonite and plated druzy beads. 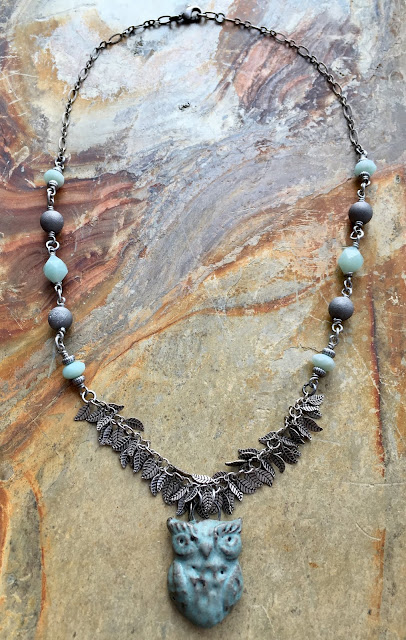 Next up, I just had to do something with one of my friend Erin Prais-Hintz's sweet polymer clay owls.  This one is called Minerva.  There are a few different shapes and colors of plated druzy beads in this one to go with her metallic finishes.  I also mixed in some Czech glass beads and plated hematite (boy, do I wish I'd grabbed a few more strands of that since I've pretty much used them all.)  I love the overall neutral look of this one but the druzies give it a bit of pizazz! 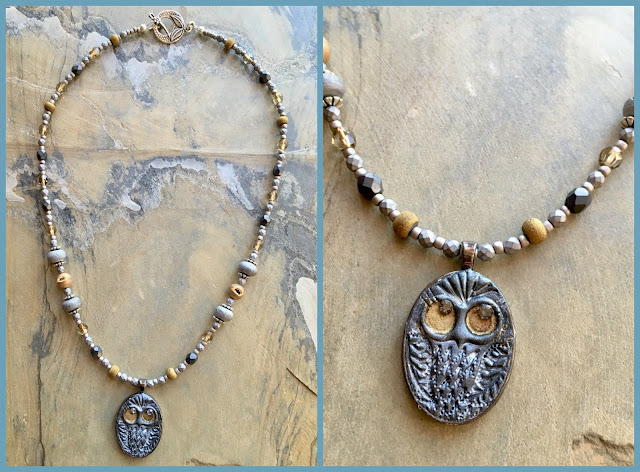 As I looked at this fun multicolored owl face pendant and rounds set that I bought from Michelle McCarthy of Firefly Design Studio, I knew that I wanted to play with the glaze colors and use some colored leather.  Leather means I needed large holed beads... luckily, I had some faceted Amazonite beads and some wooden saucers that worked nicely.  I also grabbed a few vintage Miriam Haskell Japanese glass beads that I bought from Allegory Gallery a month or so ago.  I finished the back off with brass chain.  I thought the leafy bead and filigree shape added to the woodland feel of this piece. 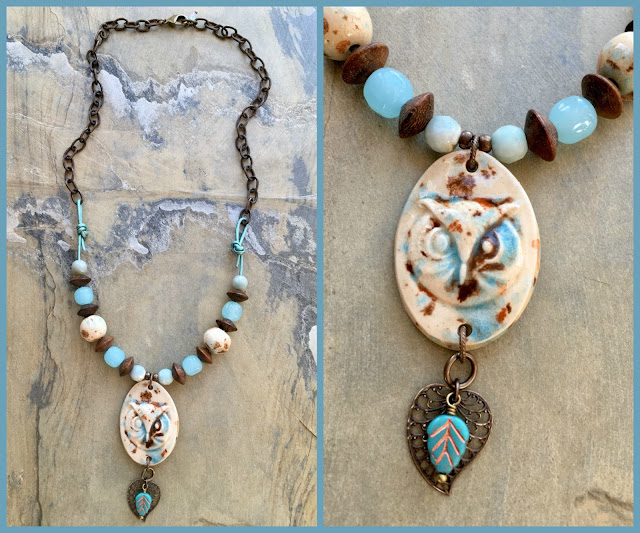 Last but not least, another necklace featuring one of Michelle's pendants.  I just love the glazing on this little guy and it was fun pulling beads to go with it!  I wrapped a little bit of copper Parawire around the loop on the pendant.  I was apparently in a stringing mood and pulled together a bunch of Czech glass that I separated with some copper colored seed beads. 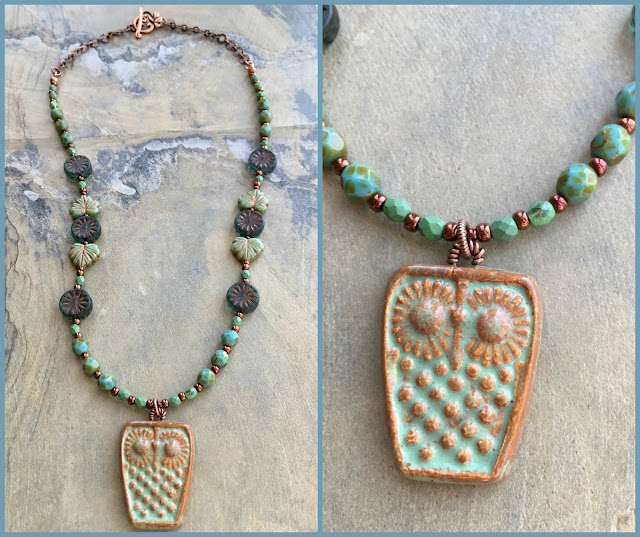 Thanks for stopping by!  This is a blog hop... check out what everyone else was inspired to make this month!